You are here: Home / Windcliff / An Early Spring; February Faces at Windcliff 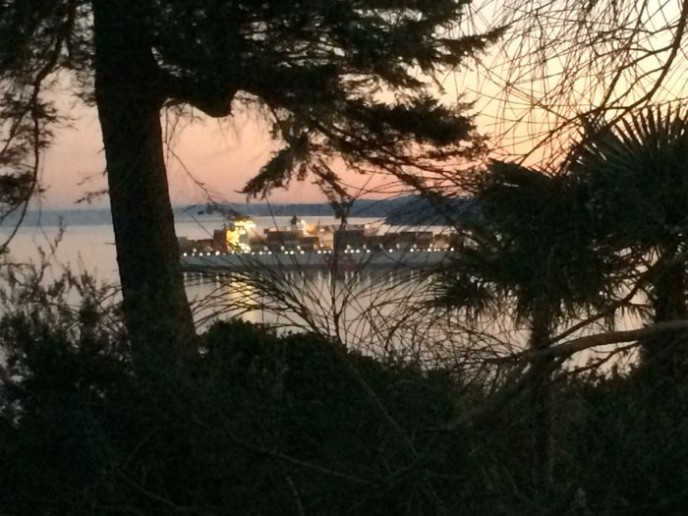 February of 2015 will be remembered, among other things,  for the whomping rumble of container ship engines as they idled off our bluff waiting in line for the longshoremen’s ‘slow down’ to resolve.  Despite the constant noise, we have rather enjoyed the light show provided from the vessels each evening and early morning.

Yet future reflection on our  February of this year, as well as our late December and January, will mostly recall one of the most mild winters I have ever experienced in the PNW.

After two early arctic events burned, and freeze-dried, foliage in late November 2014, any additional winter failed to launch. Looking from our bluff east to the Cascade Mt. Range, and west to the Olympics, all but the volcanic peaks appear as they might in August, with barren rock slopes occasionally interrupted by snow fields. Skiers are not happy. Farmers are worried. Gardeners are having absolutely no problem with consistent sunny skies, daytime temps in the low 60’s and the commencement of spring blossoming at least 4 weeks early.

A short walk through the garden this afternoon makes clear the floristic compression unfolding about us; Galanthus, Cyclamen and the early Narcissus are blossoming amongst characters they seldom see in color. Have a gander at a few that caught my eye today, February 21, 2015. 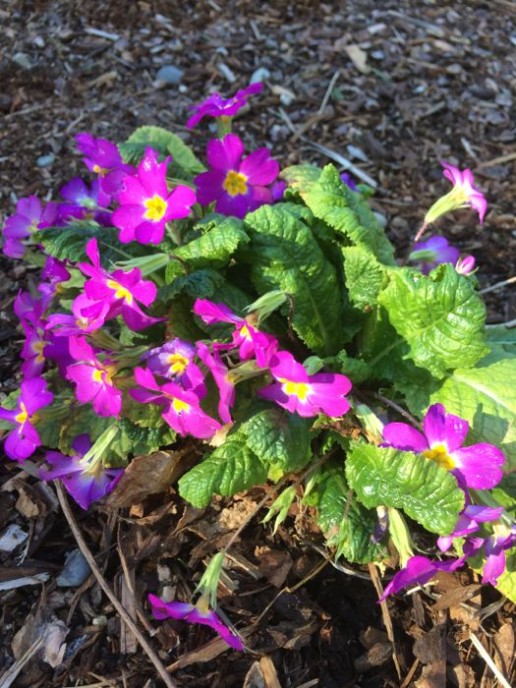 Commencing blossoming this year by mid January, Primula vulgaris subsp. sibthorpii remains a favorite.  This is a seedling from my collection of the species from above Trabzon in north central Turkey in 2000. Long lived, long flowering and carefree. 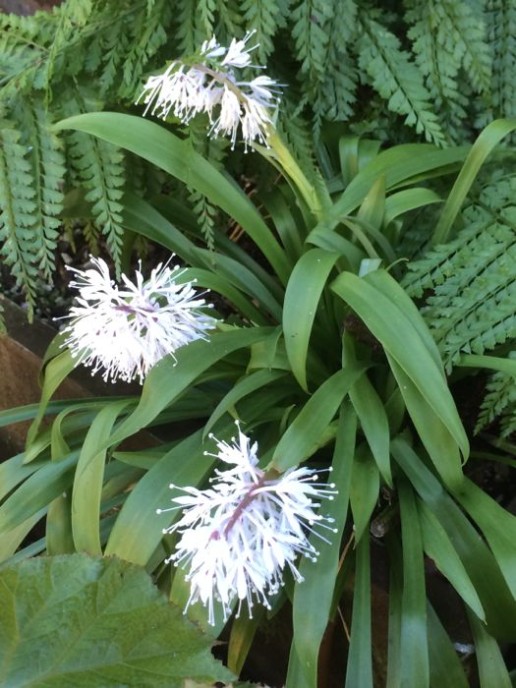 Steve Hootmans original collection of Ypsilandra thibetica is in full swing today.  I have seen this species in western Sichuan, where it occupies dripping vertical surfaces.  Despite its well studied edaphic environment in the wild, it seems quite pliable under cultivation, as long as given even moisture throughout the year.  It is blossoming cheerfully in our ‘pot wall’ directly outside of our kitchen door. 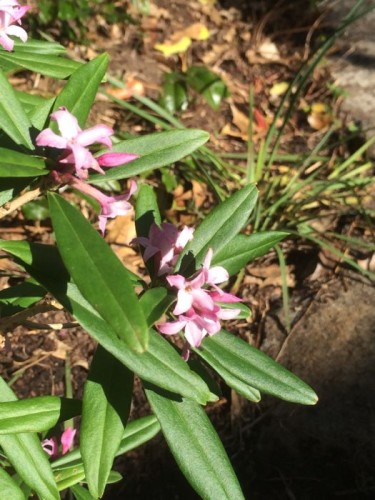 A rare Daphne from China, D. wolongensis, is blossoming for the first time this year.  It has the gestalt of Daphne retusa to which it must be closely related. A very fine fragrance.  Another fine Steve Hootman collection. 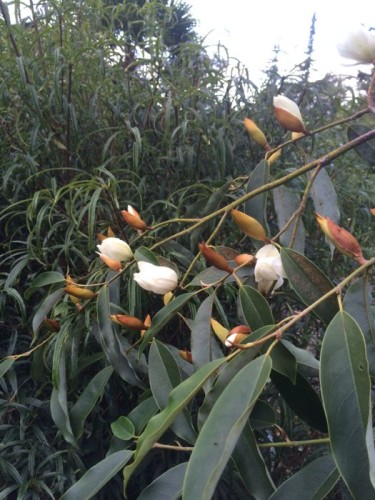 I collected the seed of this Magnolia floribunda on the slopes of Fan Xi Phan in northern Vietnam in 2010. Though it blossomed for the first time last year, it is smothered in gilded satiny buds this spring , opening to clean white cups, alas without fragrance. In the background is the highly utilitarian and textural  Pittosporum illicnoides var. angustifolium, collected in the mountains of north central Taiwan in 1999. 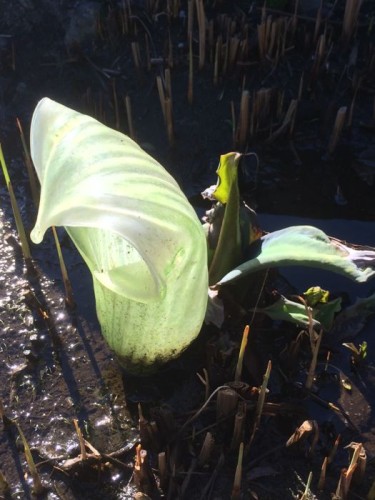 Lysichiton translucens has emerged in our bog on the south side of the home. Its flowers have lasting power, sailing through heat, drought, cold and wind as if made of glass……. 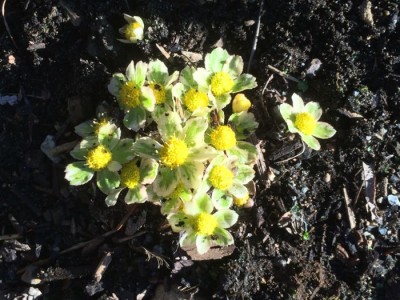 The bracts surrounding the ground-level inflorescences of Hacquetia epipactis ‘Thor’ are variegated, as will be the Astrantia-like leaves that emerge in April.  A true charmer. 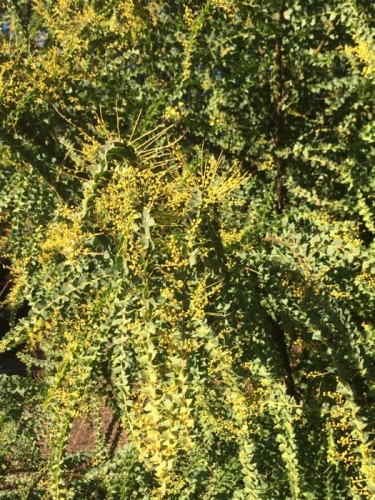 I remain baffled as to why I did not lose the flowering wood of Acacia pravissima during our weather events of November, 2014, dipping into the high teens after a moist, mild autumn.  Heavy in bud, it will be at its zenith by mid-March.  A stunning Australian.