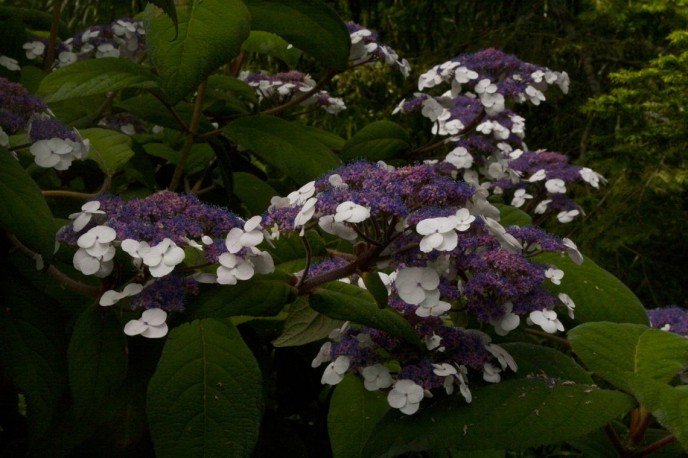 It is quite predictable in the PNW, that after a brief rain event in late August, the sun will reappear in an air that has changed its cloak to that of autumn. Never mind that we actually did not have much of a summer here at all, bathed in a dense marine layer of fog for most of July and August. Yet even in its darkness and coolness, it was within the dress of summer which we lived. Modestly, as anticipated, she slipped into her autumn wardrobe this week as a gentle yet persistent rain fell for two days.

The garden entire at Windcliff, this morning, seems palpably cognizant of the change. The Madronas (Arbutus menziesii) have again jettisoned their older leaves across every square inch of available real estate. I no longer worry about the temporary untidiness, instead consider it my seasonal application of mulch. The Sound, with swirling mirrors of mercury and iced silver and Mt. Rainier behind, once again appear a scene frozen in perfection. 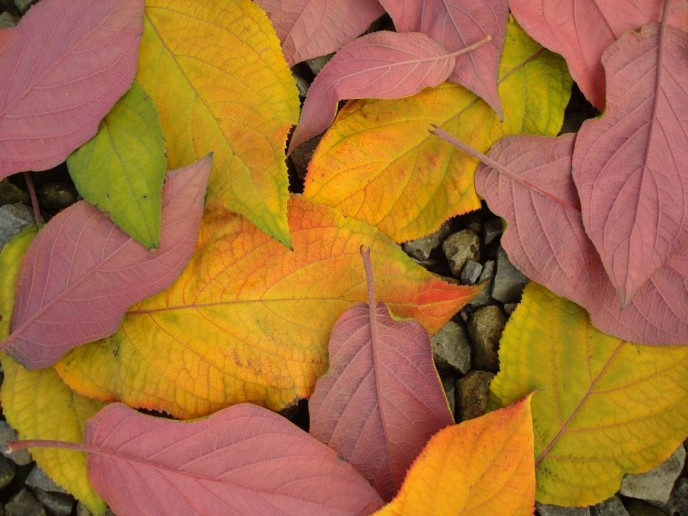 The grasses are now in full blossom, joining Lobelia tupa Fuchsia magellanica and Solanum crispum. The Agapanthus are later than usual which is okay by me. Eucomis pole-evansii is erupting with flowering stems to 6′. The later Hydrangeas, in particular Hydrangea aspera subsp kawakamii, from Taiwan, are at their zenith.

Numerous first blossomings this year in the garden, despite the perpetual coolness : a remarkable seedling of Magnolia aff. insignis that I collected in Vietnam; Nolina ‘La Siberica’ from NE Mexico; Pterostyrax psilophylla from NE Sichuan Province; Boquilla trifoliolata from Chile. 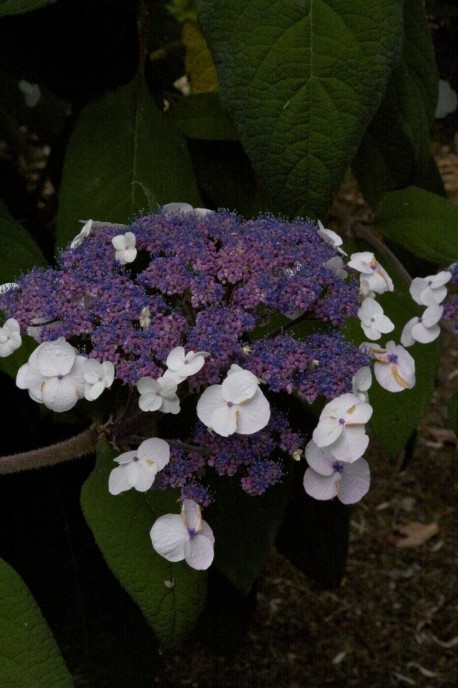 And the birds. Large flocks of swallows weave and woof above in preparation for a long haul south. The pair of California Quail have only two of their young remaining and, thusly, are more vigilant than ever to possible threats. The eaglet has successfully fledged and, with its parents, has departed for the Skagit to fatten on returning salmon.

From the potager, the feasting continues. The pickles are pickled, the winter squash are transmuting to glowing shades of orange and red, the onions and potatoes are cured and stored. This morning we awoke to the toothsome aroma of tomato sauce left to reduce on the Aga overnight.

I won’t apologize too profusely for having written so little this summer. I am continually in awe that so many people blogging and twittering and posting so persistently about gardening (or whatever) actually find the time to do anything about the subject they are writing about! I’ll continue to choose to waste my time in the garden. Especially in these crisp and delicious days of autumn.