You are here: Home / Archives for Expeditions

As it has been said before, a book is no more a collection of single words than a piece of music an accumulation of separate notes, and this too can be applied to travel for the purpose of looking at plants. Though the seeds and spores that return with me provide the adhesive of the experience entire, they are no more significant to the sum total than each moment that unfolds and each lesson downloaded.

Along with the unexpected closure of Heronswood in May, my raison primaire of months away observing plants in the wild was also shuttered. With a return to Vietnam to areas previously unexplored, or certainly underexplored already long in the tooth for this autumn, I found myself in a quandary. Realized from a simple inquiry, the board of the Elizabeth C. Miller Botanical Garden in Seattle Washington magnanimously provided financial and technical support for this expedition. Without their generosity or their commitment to the basic premise behind the Miller Botanical Garden- the responsible collection and introduction of plants into our gardens as a means to better horticulture, coupled with conservation and education- I would not be here. END_OF_DOCUMENT_TOKEN_TO_BE_REPLACED 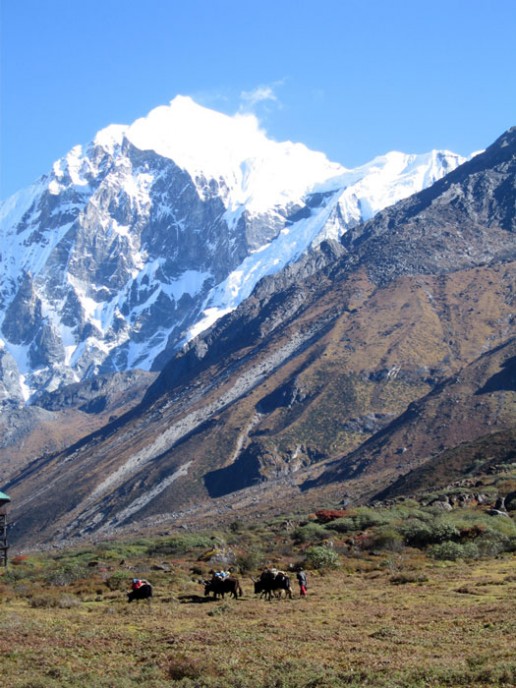 Six weeks ago, somewhat less battered by road and trail, I began these experiences in Bagdogra, due north of Calcutta, reconnoitering with time-tested companions and dearest friends, Kevin Carrabine, Jennifer Macuiba (Seattle) and Dave Demers (Vancouver).  Gathered by our guide, Sailesh Pradham- whose family name is near botanical royalty in this northern Province- we had only a night’s rest in Gangtok, the captial of Sikkim, before departing early the following morning for our first trek. END_OF_DOCUMENT_TOKEN_TO_BE_REPLACED