You are here: Home / Essays / Four Words for Fanjingshan

A bit over a year ago while in New Zealand giving presentations I had the privilege of visiting the fanciful garden of Lois Croom on the remote Chatham Islands. I realize it seems a disconnect to even mention this fact, now, as certainly Guizhou Province is to New Zealand as apples are to oranges. The reason I do is the farewell my hostess sent with me on that day. “Take lots of risks” were her parting words.

I have applied that approach to numerous instances since, in both a physical and emotional sense. And the words came to me again today while on a memorable trek on Fanjingshan in Guizhou Province. 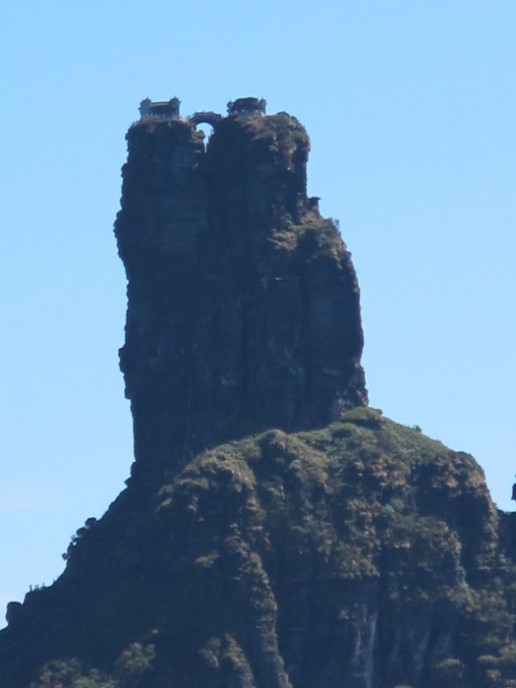 The mountain, though certainly not as well known as Emei Shan in Sichuan, has been sacred to numerous sects of Buddhists for nearly 1000 years with now active monasteries in various stages of renovation. Accordingly, the rich forests on its vast slopes are largely intact, and are quite magnificent.

Of the days here, one was spent hiking the razor back from the north to the south. The ridge slid away precipitously from both sides of the trail, yet we were embraced by a hardy and beautiful inventory of Sorbus (S. hemsleyi and S. keissleri), Rhododendron (R. calophytum amongst others), Pieris, Ilex, Schima and evergreen oaks.

Tree-like speciemens of Hydrangea xanthoneura were ubiquitous as were numerous species of my pet genus, Acer. Atop rocky outcroppings grew wizened specimens of Tsuga, or Hemlock, which we believed to be T. dumosa, while as we approached the southern peaks and monasteries, Enkianthus serrulatus appeared in quantity, creating a diaphanous veil of crimson through which to admire the distant views. 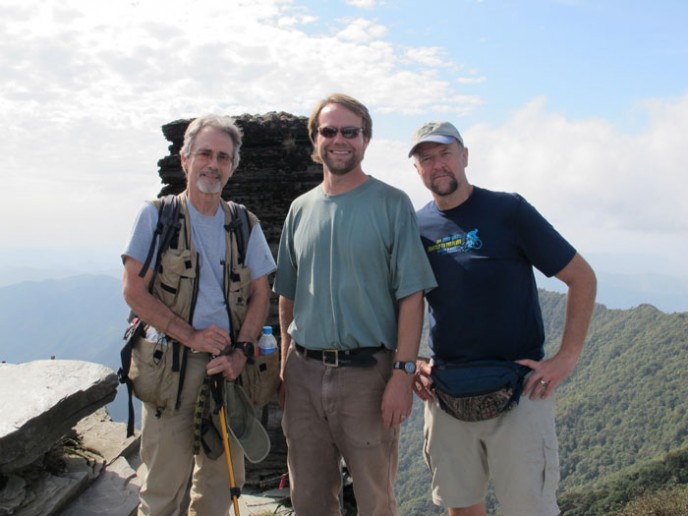 An extremely photogenic species of spindle tree, Euonymus hamiltonianus, was brilliant in fruit along the trails of this mountain.

Of particular note was Euonymus hamiltonianus, which I had come to know through a handful of poorly grown specimens in Seattle’s Washington Park Arboretum. Here, in full sun, the brilliant pink fruit weighted the branches and shown like cherry blossoms against a crisp, autumn’s day sky. I watched at least two species of contented birds devour its fruit; one was assuredly a close relative of our Tufted Titmouse in the family of chickadees.

Wherever I travel in Asia, I am forced to face one of my biggest fears; identifying Hydrangeas. It may seem a simple task to some, however the variability that each species possesses puts a twist to the game which is discomforting at best. And I often see them with only shards of remaining leaves and flowers. As we approached the shade and moisture of the southern ridge, what we believed to be Hydrangea longipes came into view. It is a beautiful but mostly unknown species in cultivation, with gargantuan heart-shaped leaves held by protracted petioles to a foot in length. The large and lacy white flowers are presented on old wood in early summer. 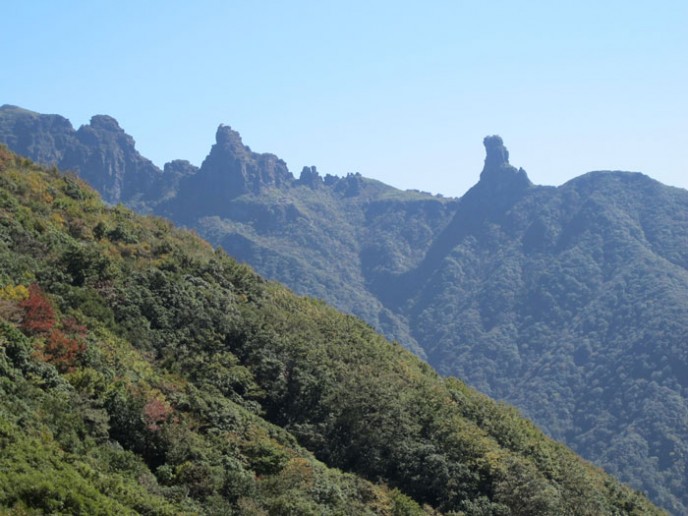 As the shadows began to stretch in late afternoon and the temperature in the shade plummeted, it was time to make our way down the southern portion of the mountain which we would examine in greater detail the following day. As we passed below the Phoenix, and knowing that, in truth, the likelihood that I would ever be afforded a more splendid day to experience what this mountain offers, I listened again to the words of Lois Croom, on the Chatham Islands, and, along with Scott, hoisted ourselves up along the rocks, steps and chains and ascended the peak.