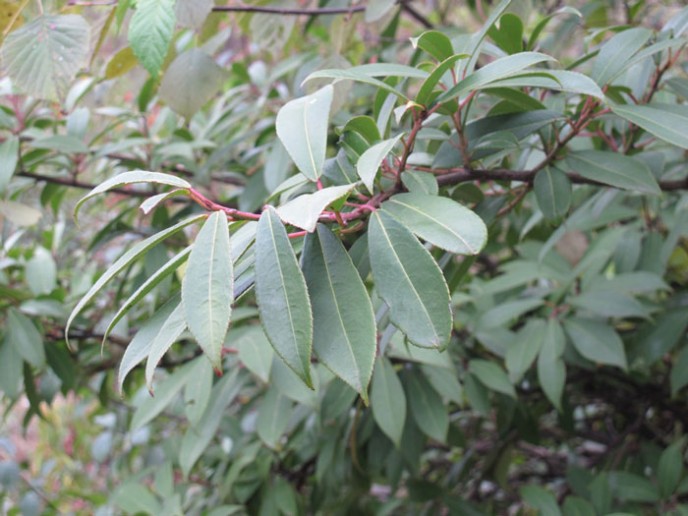 A long half-day of backtracking from our night’s stay in Hezeng led us to the basement of our target elevation of 2,000m, what we consider the goldilocks zone for observation of plants appropriate in zones 7-10.. The 100 Li of Rhododendrons (essentially 100 kilometers of Rhododendron) is a municipal reserve of mostly second growth Rhododendron forest in near monochromosis, comprised of R. delavayi, R. irroratum and the ubiquitous R. decora, the later being reminiscent of the evergreen azaleas prominent in American horticulture; a few of the latter were in off-season blossom in tones of blazing salmon-pink, proving the forebears of the modern hybrids themselves often possess a general unpalatable character.

Though this was assuredly a natural area, it had a mostly unnatural impression due to the monotony of a single genus; we questioned ourselves as to what set of parameters would encourage this scenario although any illumination will come when greater minds than ours are queried. 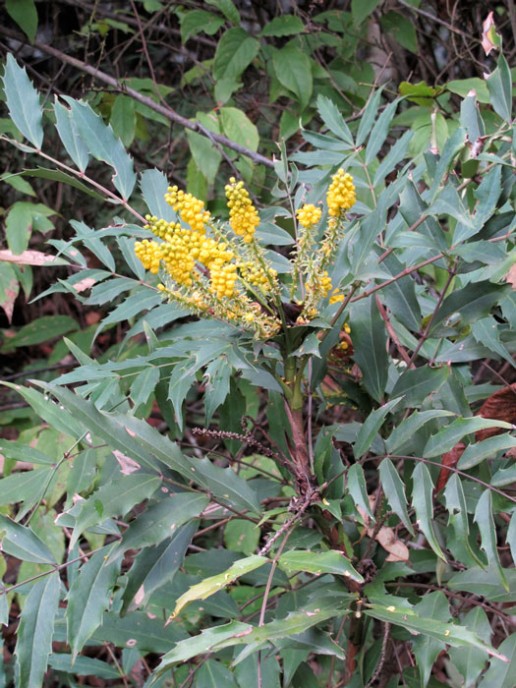 With a bit of work, however, we were able to determine there were other players at work. Perhaps most exciting for me was seeing specimens of Hydrangea aspera approaching the ilk of what is considered H. aspera subsp. sargentiana. Represented here as well was what I consider to be Hydrangea chinensis, a virtual minefield of taxonomy. Large specimens of Styrax dasyanthus, with pendulous panicles of nutlets towered above, adding to the remarkable number of snowbells and their relatives we have seen during this voyage.

On the road cuts and moist banks also grew quantities of Epimedium, appearing in foliage to be E. acuminatum while with it, and attesting to the elevation of 5500′, blossomed a striking gesneriad which we were unable to attach a genus. Sadly, such beauties in this family will not thrive in the coolness of the Pacific Northwest, however I will not give up the blessed coolness of the Pacific Northwest to simply grow such beauties. 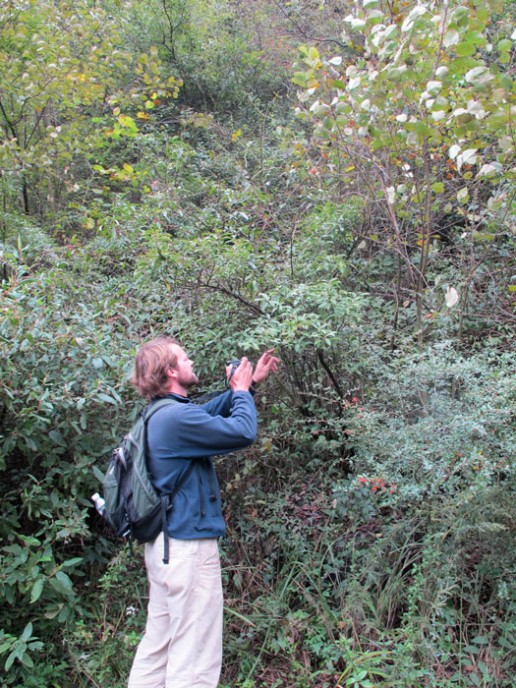 Certainly the most intriguing tryst of the day was with a species in the genus Stachyurus and one never savored before. It was a double-take moment, mentally permuting between Ilex, Querucs and then, of-course-you-ignorant-fool what-were-you-thinking Stachyurus. Its evergreen, leathery and oblong leaves made easy keying to Stachyurus oblongifolius. I love Stachyurus and I love easy.

The day ended as it had started, with a very long drive. En route, we drove through what had not been the first nor would it be the last but never-the-less implausible exercise of building an entire city all at once. In the midst of a metropolitanical big bang, tricked-out women in thigh-high leather boots, very short skirts and white lace tops carried live chickens home by their feet.