You are here: Home / Essays / Over the Edge 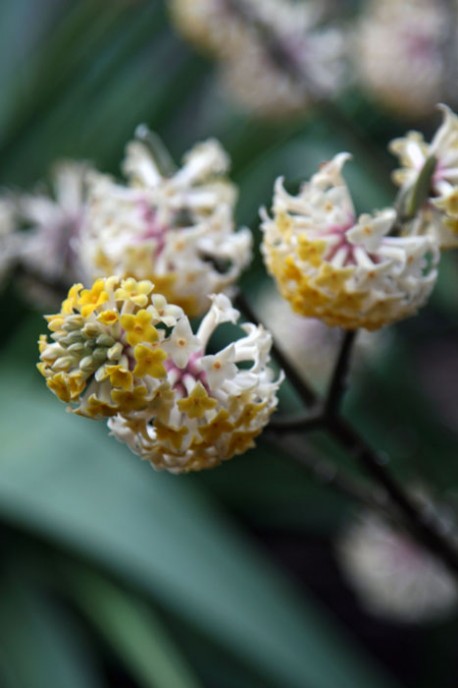 There is one thing I know for certain about Edgeworthia. No one seems to know what species they have and few seem to know if more than one species actually exists. I include myself amongst the taxonomically challenged and amongst those guilty of propelling improper nomenclature through my writing and speaking.

We grew what we called Edgeworthia papyrifera for many years at Heronswood, having received our first plant from J.C. Raulston under this name. It thrived in our woodland, each year setting enormous quantities of silvery buttons in autumn that would open to yellow, fragrant clusters of flowers in late January. We twice dug a single specimen for use in Flower and Garden show displays in Seattle and it sailed through both insults without harm. Life seemed good.

Our plant formed a small rounded shrub to 5’ with slender rubbery textured stems and bright green deciduous leaves to 3” in length. There was a slight but not overwhelming fragrance. It grew well in two locations of the garden; both in shade as well as bright filtered light, in well drained soils. 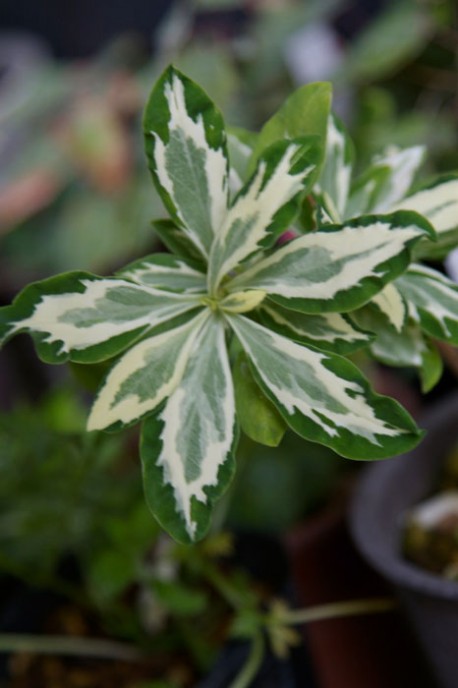 Things became more interesting when a Canadian nursery began selling another clone (or species?) of Edgeworthia that appeared miles apart in appearance, under the name of E. chyrsantha. Good enough. Stout in growth, the leaves and inflorescenes were double the size of our plant, the flowers much more fragrant. Unfortunately, at about the same time, the RHS Plant Finder listed E. papyrifera as a synonym of E. chyrsanthum, essentially leaving one of plants quite nameless. Which one?

In my experience thus far, the original clone we received from Dr. Raulston is the best clone for cultivation in the greater Puget Sound, while the more robust form seems to appreciate the heat (and humidity) of the Southeastern states as well as Portland and surrounding environs.

I have seen Edgeworthias in the wild on numerous occasions. In E. Nepal in 1995 and again in 2003, we found them common, and encountered on occasion local villagers making paper from its bark. In Sichuan Province in 2003 and 2004, we hiked through thickets of Edgeworthia and was, at that time, afforded the opportunity to collect its fruit. Those collections were sold at Heronswood under a DJHS designation in 2006 under the name of Edgeworthia gardneri. These, from my limited perspective, seemed to represent the ‘taxa’ we had received under the name of E. chrysantha though seemed to fit the botanical description of the name we provided. 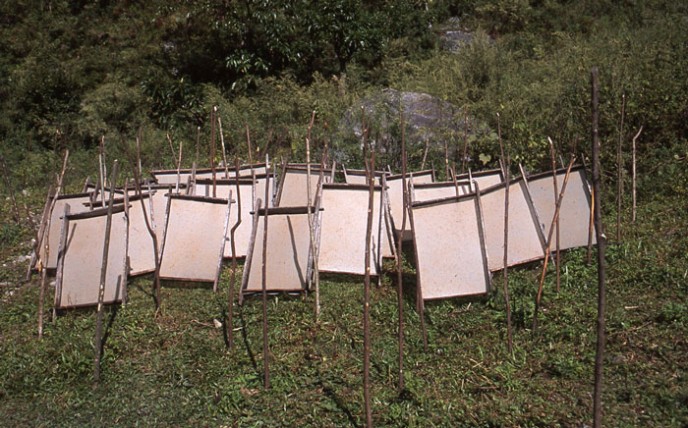 The only time I have seen a plant resembling our original Edgeworthia ‘papyrifera’ has been under cultivation in Japan. In particular, the red/orange flowered forms frequently encountered in gardens in the Tokyo area seem to be identical in appearance but for the flower color. 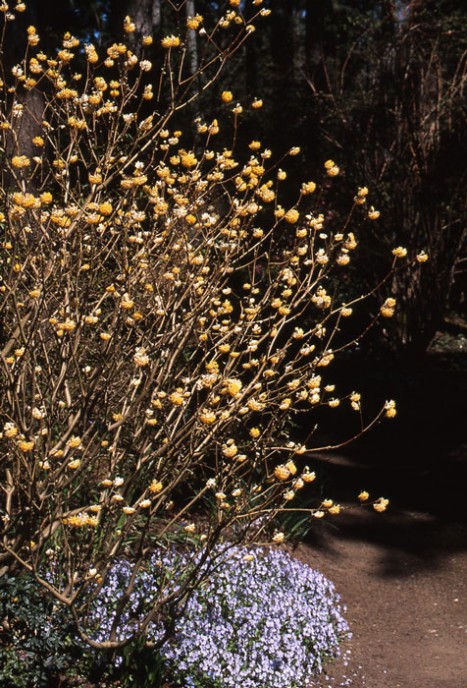 In the Thymelaeaceae, this deciduous ‘Daphne’ would seem to possess a certain degree of hardiness however that does not seem to be the case. Though there are reports of some survival in protected sites in the Philadelphia area, I do not believe one could expect consistent flowering in zones 6 or lower.

There is another thing I know for certain about Edgeworthia. Despite its taxonomic confusion, I would not be without it in my garden. It is representative of the bounty of plants that bring interest to the garden in the temperate winter garden as well as accentuating exactly how much there remains to learn of the plant world. That in itself is exciting.

If anyone reading this can illuminate me as to recent taxonomic work on this genus, or personal musings on their experience with this genus, I would greatly appreciate hearing from you.