I had the pleasure and luxury this spring to travel to Vietnam with my colleague Scott McMahan and staff from the University of British Columbia Botanic Garden.  After so many trips to this country during the autumn months, at last seeing the mountains of this region coming to life was a remarkable and memorable experience.  Just a few highlights of the trip…..

Rhodoleia parvipetala is most common along the moderate to higher ridges of Fan Xi Phan, at elevations between 7-9,000′. 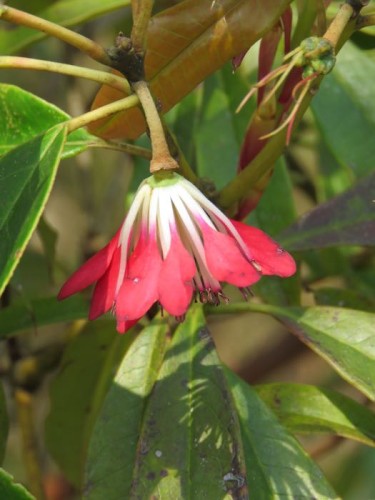 In the Hamamelidaceae, it generally is considered an autumn blossoming species though we encountered several specimens with a smattering of flowers.  It has been hardy in my garden at Windcliff though my 12′ specimen has yet to blossom.

Though I have collected the immense blue fruit of Disporum trabeculatum throughout northern Vietnam on far too many occasions to mention, I have never been successful in germination of its seed.  Thus it was gratifying to see this beautiful species in full blossom. 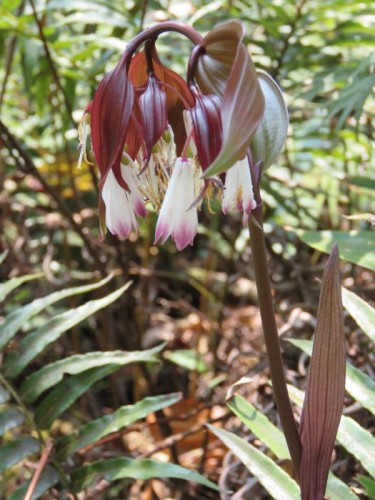 After a cold winter in this region, the vast plantations of cultivated Cardamon were fully down; it not only reshaped my perceptions of the landscape, but allowed for full viewing of so many of the woodland treasures as the emerged.  There seems to exist a great deal of variation in the amount of pigment in both the flowers and foliage.

Though for the most part we were treated to warm and dry days during the two weeks spent in the region, one night while in Y Ty, on the Chinese frontier slightly to the north and east of Lao Cai, we endured one of the most violent thunderstorms I have experienced while in our tents. 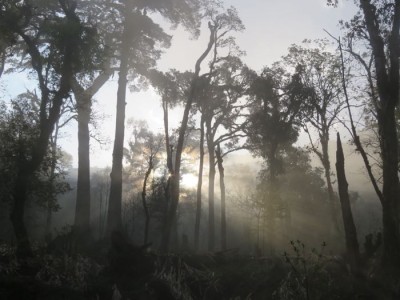 The evening before this commotion was so tranquil, and the scene so enchanting from our encampment,  nestled beneath staggeringly large specimens of Tsuga dumosa while serenaded by frogs, that I nearly believed I was imagining the entire and very wet ordeal. 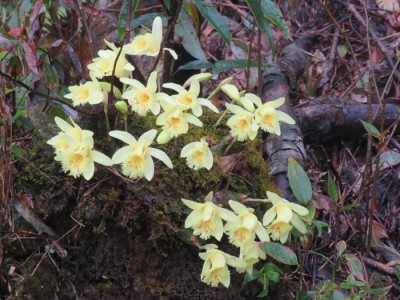 Though the rain continued to fall the following morning, our trek into the higher elevations of this mountains brought us into expansive colonies of Pleione forrestii at its peak of blossom.  Our H’mong porters, knowing full well our agenda with plants, began bringing us enormous clumps of this extraordinary orchid, that they had ripped off moss covered rocks and rotting logs.  We quickly made our point by having them witness us replant their gifts into the rightful places. 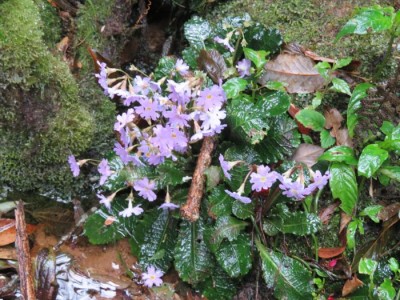 Intriguing for me as well was the sheer quantity of Primula as well as Shortia. Though sadly we had missed the floral showing of the latter, the primroses at Y Ty as well as along the higher ridges above SaPa were in peak blossom. 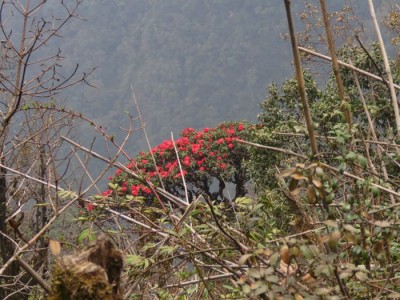 The trip’s primary purpose was to survey the genus Rhododendron in the region.  Though I have grown numerous species from seed collections from this area over the years, seeing mature specimens in perfect blossom was an experience of a lifetime.  (Rhododendron aff. tanastylum on the upper slopes of Fan Xi Phan)